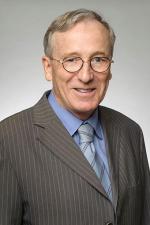 Stohler is a leading expert on pain management and on jaw and muscle disorders. Prior to coming to Columbia University Stohler was dean of the University of Maryland School of Dentistry in Baltimore, where he oversaw Maryland’s expansion to become the largest public dental school in the United States, obtained the volunteer commitment of more than 200 practicing dentists to teach real-world dentistry, and expanded the school’s global presence.

Before joining the University of Maryland in 2003, Stohler spent more than 20 years at the University of Michigan in Ann Arbor, where he was a professor in the School of Dentistry, research scientist at the Center for Human Growth and Development, director of research at the School of Dentistry, and professor and chair of the Department of Biologic and Materials Sciences. He has helped lead National Institutes of Health-funded work into the genetics, endocrinology, and neurobiology of the human response to pain—particularly in patients with TMJD.

Stohler received his DMD from the University of Bern in Switzerland, where he also earned his DrMedDent in hematology, as well as certificates in oral surgery and prosthodontics. He holds an honorary doctoral degree of philosophy from Nippon Dental University in Tokyo. He is a recipient of the Jerome M. & Dorothy Schweitzer Research Award from the Greater New York Academy of Prosthodontics and the Horace Wells Merit Award from the Connecticut State Dental Association. The National Dental Association, the Orthodontic Education and Research Foundation, and the Pierre Fauchard Academy have honored him, as well. He has chaired the Board of Scientific Counselors at the National Institute of Dental and Craniofacial Research and is a fellow of the American College of Dentistry and of the International College of Dentistry.

Dr. Eli Eliav joined the University of Rochester Medical Center in 2013, when he was appointed Director of Eastman Institute for Oral Health and Vice Dean for Oral Health within the School of Medicine and Dentistry.

Previously, Dr. Eliav served as Director of the Centerou for Temporomandibular Disorders and Orofacial Pain and as Chair, Dept. of Diagnostic Sciences at UMDNJ – New Jersey Dental School. He was also the University’s Carmel Endowed Chair in Algesiology since 2004. 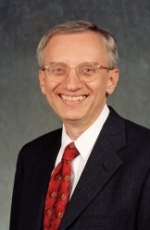 President of the American Association for Dental Research (AADR)(2002-03). President of the American Dental Education Association (ADEA)(2008-09). Recipient of the Distinguished Service Award of the American Dental Association (2010); honorary fellow, Royal College of Surgeons in Ireland; Knight (KM) of the Sovereign Military Hospitaller Order of St. John of Jerusalem of Rhodes and of Malta (2012). Member, Board of Trustees, New York Academy of Medicine (2015-present). Two-term member of the Overseers Visiting Committee for the Faculty of Medicine and Dental Medicine, Harvard. Distinguished Alumnus, The Ohio State University College of Dentistry (1996); Distinguished Alumnus, Harvard School of Dental Medicine (2000). Percy T. Phillips Visiting Professor, Columbia University (2002); Vincent A. Barr Visiting Professor, University of Kentucky (2003); recipient of Paul Goldhaber Award of the Harvard School of Dental Medicine (2003). Mirmelstein lecturer in ethics, Virginia Commonwealth University, School of Dentistry (2007, 2008, 2009). Co-chair (with Joseph Martin) NIDCR Blue Ribbon Panel on Research Training and Career Development (2000); co-chair (with Peter Johnson) NIH Workshop on Biomimetics, Tissue Engineering, and Biomaterials (1998). Chair, American Association of Dental Schools (AADS) Committee on Future Faculty (1998-99). Member of several editorial boards, including the Journal of Oral and Maxillofacial Surgery. Diplomate of the American Board of Oral and Maxillofacial Surgeons, Fellow of the American College of Dentists (FACD), and Fellow of the International College of Dentists (FICD).

Dr. Truhlar received her DDS degree from the Stony Brook School of Dental Medicine and performed her general dentistry residency and chief residency at Long Island Jewish Medical Center, before receiving a Master of Science Degree in Dentistry from Marquette University and a Fellowship Certificate in Geriatric Dentistry from the Milwaukee Department of Veterans Affairs Medical Center.

Dr. Truhlar joined the faculty of Stony Brook School of Dental Medicine in 1990 in the Department of General Dentistry. Dr. Truhlar has played a critical role in the education of our pre- and post-doctoral students, developing and implementing curriculum and providing administrative directorship of departmental divisions and programs. From 1990-2005, Dr. Truhlar served as Chair of the Department of General Dentistry, which oversees the majority of clinical faculty and the curriculum in general dentistry, dental anatomy and operative dentistry, behavioral sciences and practice management, and special needs patient care.

Dr. Truhlar has had a keen interest and has been instrumental in Stony Brook’s efforts to implement truly inter-professional educational initiatives. Her passion for inter-professional initiatives has resulted in strong collaborative educational and clinical programs with the School of Medicine, School of Nursing and the Long Island State Veterans Home. In addition, she leads a federally funded dental health program for the Indian Health Service in Pine Ridge, South Dakota, bringing six third-year students to the Sioux Nation for two weeks each year. 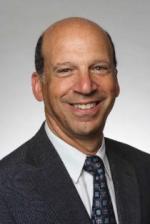 Dr. Ronnie Myers graduated from Columbia University College of Dental Medicine, trained as a Pediatric Dentist and completed a fellowship at the Albert Einstein College of Medicine. He was in private practice while also holding an appointment at the Bronx Developmental Center prior to coming to the Columbia School of Dental and Oral Surgery full time in 1982 as the Director of the General Practice Residency Program at New York-Presbyterian Hospital. As program director, he initiated a screening program for pre-cardiac transplant patients and helped forge an affiliation with Memorial Sloan Kettering to develop a two-year oncology program for dental residents.

In 1991, Dr. Myers was appointed as the Assistant Dean for Clinical Affairs at Columbia University College of Dental Medicine. He was promoted to Associate Dean in 2001, Vice Dean for Administrative Affairs in 2011 and served at the College as Interim Dean from July 2012-August 2013. In June of 2016 Dr. Myers assumed the position of Senior Associate Dean for Academic and Administrative Affairs at the new Touro College of Dental Medicine (TCDM), which is the first dental school to open in the state of New York in almost 50 years, accepting its inaugural class in July of 2016. In July 2017 he was appointed Dean.

In addition to his administrative duties, Dr. Myers lectures on infection prevention issues in Dentistry and the relationship between systemic disease and oral health.

Dr. Zambon has been a UB faculty member in the School of Dental Medicine since 1982 and has earned SUNY’s highest teaching honor – Distinguished Teaching Professor. He currently serves as Dean for the School of Dental Medicine and is the immediate past associate dean for advanced education and faculty advancement. Dr. Zambon also served as associate dean for academic affairs from 1995-2014.

A nationally and internationally recognized authority on periodontal pathogens and an experienced clinician, Dr. Zambon is a prolific researcher whose contributions have been recognized by numerous awards and honors.

Eastman Institute for Oral Health at the University of Rochester